Going strong 30 years after it was incorporated, SOMANI REALTORS PVT LTD has come into sight as a leading diversified Real Estate Marketing Company in Kolkata. Our business professionalism, seasoned marketing approach and proficiency in Realty Business are unmatched and accepted by other market players. We have achieved new milestones in every endeavour. SOMANI REALTORS provides solutions to everyone’s property needs, covering all type of customers whether HIG/MIG/LIG. 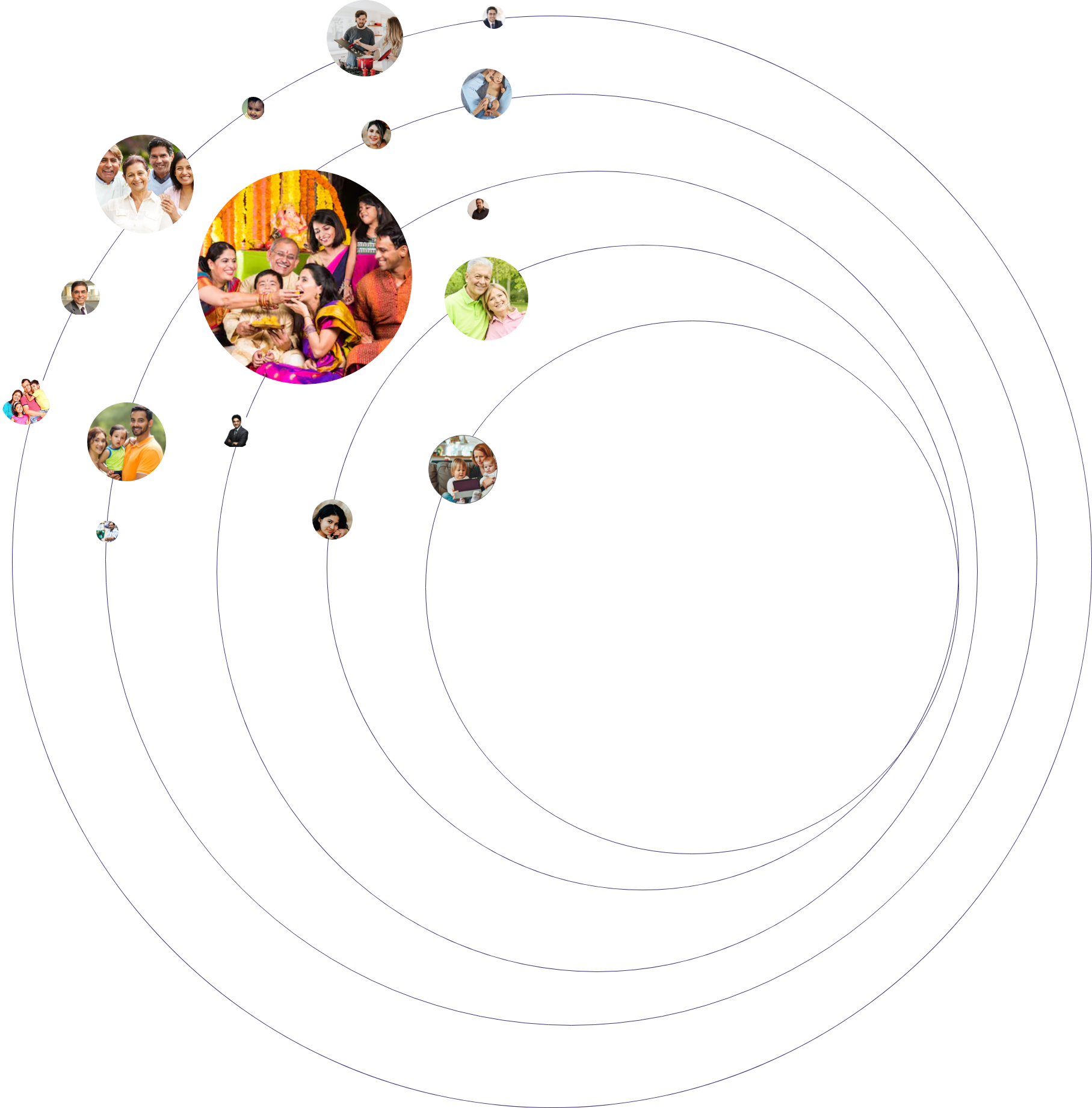 To focus with a strong commitment towards customer satisfaction and expectation.

To invest our potency for building long lasting relationship with our customers and for bringing smile on their faces.

We establish customers’ dependency and trustworthiness by increasing the transparency in action and the speed in operation.

We develop accountability and transparency through our intense communication and efficient business strategy.

Our customer focussed approach and well-organized easy to access service are completely unmatched.

We earn reliability of customers by our consistent services and valuable insights.

We are dedicated along with our consistent effort and commitment for achieving our mission to success.

A happy customer has been the only award which Somani Realtors has always strived for since its inception in 1991. And awards and recognition in other forms kept coming in only as a by-product.

Recognized today as Bengal's Most Diversified Realtor, Somani Realtors has been honoured time and again by the most renowned Leaders of Real Estate. Multiple accolades for generating highest sales and for peerless service excellence from Developers like PS Group, Merlin Group, Mani Group, Siddha Group, Srijan Realty etc. speak for the stupendous effort and continuous dedication that Team Somani Realtors has maintained over the years.

The smiles and satisfaction of all the customers has been the worthy milestones which Somani Realtors has left behind and also looks forward to this journey to assist people in their quest for a dream property.

A pleasing personality, a dedicated person and a very good human being, Mr. Narayan Somani, has been the group’s visionary. The success of Somani Realtors has been a result of his leadership
and in-depth industry experience. His vision and expertise has steered the company’s growth in
all spheres. Throughout the history of Somani Realtors he has focused on instilling values that has
helped to build a team that is resilient and high on integrity.

Somani Realtors is founded on a vision. This vision is backed by hard work, open communication, a strong emphasis on teamwork and a high level of responsibility.

Guided by the profound thought expressed by H. H. Sri Sri Ravi Shankar, we believe that if we maintain the purity at heart, clarity in the mind comes and action becomes more harmonious.

Each of us must be pure of heart and work on prolonging the best experience to our valued customers across the Real Estate industry or any industry or work or service for that matter.

With this as our founding philosophy, we are confident of establishing a national leadership position in all areas of businesses. Business growth apart, the Group is also intensely committed in playing a key role in discharging its social obligations by being responsible with our CSR activities, which positively transforms the quality of life of society at large.

At Somani Realtors, every year is a year of achievement and achievements are meant to be celebrated. Therefore, the live-wire team of entire Somani Realtors celebrates the yearly success at an off-site annual picnic and you gotta to be really lucky to be a Somanian to be a part of it!

After a tiresome week of work at Somani Realtors we welcome the weekend with even more energy through specially curated games and events on Saturdays for which every employee waits!

Being physically fit and active are very important in today's changing lifestyle. With the world accepting Yoga as one of the best forms of being fit, Somani Realtors promotes Yoga throughout the year with different Yoga programs. To work best one needs a dedicated focus and this focus comes when the mind is calm and relaxed. It is widely accepted that nothing relaxes the mind better than Meditation. Every Somanian gets to be a part of many such staff-exclusive meditation courses all through the year.

An employee spends a major part of their lives with colleagues at work. Attachment and affection becomes no less than amongst their families. Somani Realtors decided to make this bond even stronger by an unprecedented chain of events called the Family Meet Days when employees brings their families to office. A special preview of their workplace is given and the families also get to interact with each other making the day memorable.

People can bring a very positive change in their personality through a proper guidance. Somani Realtors believes that every employee should get an opportunity to grow with the help of personality development modules specially curated as per the specific requirement of an employee.

Celebration is a must for whom Life gets born. Women's Day is a celebration of strength, skill, womanhood and life at Somani Realtors.

The directors of Somani Realtors, have infused the organisation with the concept of giving back to the society in whatever way possible. They along with their team are involved in a number of socially responsible activities. It is their belief that giving back to the society is their responsibility and their’s permeates every action they take. Their decisions ensure positive outcomes for not only their people but also for the entire community at large.

Some of the many initiatives of doing good and doing it well by the Somani Realtors team are their initiatives for the education of the not so privileged tribal children of Ghatshila, Jharkhand; Tree plantations in and around West Bengal; their contribution in the blood donation camps and supporting the overall development of the villages of rural Bengal through Ujjwal Bangla, an initiative of The Art of Living Foundation.

Blood Donation is among the most generous contributions, especially in a country which had been facing a shortage of few million units since decades. As an answer to curb such dearth, there are thousands of blood donation camps which are organized every year across the country, lest no one dies of its unavailability. In lieu of adding to this noble cause, we, at Somani Realtors, have been actively participating, as well as hosting several blood donation camps in and around Kolkata including our office premises encouraging our staff to donate blood to help the society at large.

The Earth does not belong to us, we belong to the Earth. Trees are one of key ingredients to a cleaner, healthier and cooler environment. Cutting down of trees have been a major threat to the society, that has been lasting for decades. In order to curb this menace, we have been involved in various tree plantation drives in different parts of the city.

Somani Realtors has time and again taken initiatives for the betterment of the society as a whole. It contributes to the education of tribal children of Ghatsila in schools run by the Art of Living foundation. They are the first generation learners of their families. These schools give special focus to provide education to tribal students and especially tribal girls, who traditionally have been ignored. As such, the approach is a holistic one, with emphasis on practical wisdom. The schools are called Sri Sri Vidya Mandir.